An interesting aspect of film history that I’d never really considered came to my attention the other day.

Film started as a silent medium, just moving pictures and occasionally a pre-recorded (or sometimes live) musical soundtrack. But no speaking which, of course, made it very accessible to people of any language.

The vast majority of the films were coming out of a growing Hollywood but because there was no language barrier it was easily exported around the world and the US quickly became the dominant producer of films around the world.

And then something changed – dialogue

Technology advanced and “sound” was added to films in the form of recorded dialogue. While it had a big effect on the way films were produced it also had a dramatic effect on the way film was consumed. Overnight the silent, globally accesible films became English language films and an entire global industry changed. 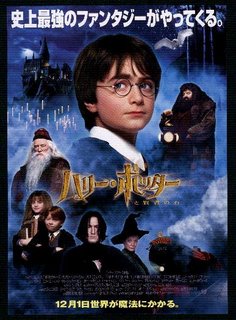 Interestingly enough the one language that was important enough to Hollywood was Spanish but rather than dub or subtitle the films (not the easiest thing to do in those days) they actually began to shoot multiple versions of the films (Foreign language “Doppelgangers” so to speak). At night, when the English cast & crew had gone home they would bring in a graveyard shift of actors & crew to shoot on the same sets overnight. It was actually an incredibly cost effective way to serve multiple language markets as the sets & props were already built and ready to use. As a result they could produce the films for a fraction of the cost of the English version.

Doppelganger’s were also commonly produced in French and German – unfortunately many didn’t survive and no longer exist today. One of the few surviving films from this era is the Spanish version of 1931’s “Dracula“. In this case there are even some who consider the Spanish version as a better film than the English version – apparantly it was common for the filmmakers to watch the dailies from the English film and then change or modify their film to fix what they perceived as short comings & errors.

Nowadays of course we’re spoiled with DVDs that contain multiple language tracks for every film, and where dubs are not available there’s almost always a subtitle option. The history of film is actually a great example of how tehnology, while it can remove many barriers, can also put them right back up.